The Skin We're In 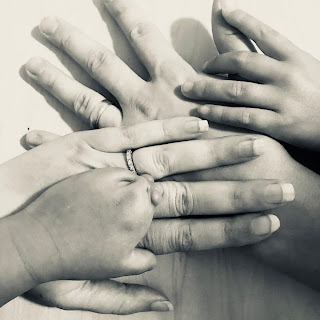 We were watching a short clip about Chinese culture a few weeks ago, and admittedly I was zoned out when suddenly I heard my oldest say he was in that movie. Before anyone jumps to the conclusion of negligent parenting and not screening what they watch, Derek and I had both watched the video previously and thought the boys might like it. They did like it (it was about food, after all)...but I can assure you, they also were not in it.

My son is three and a half, going on fifteen. I know I'm his mom, so there's a little bias, but sometimes he shows a maturity that I don't expect. He wasn't actually saying he was in the movie, but he was noticing that the people in the video looked like him, and that's how his three year old brain expressed that to us. Not having expected that comment, I simply said "No, you aren't in the movie, but the people in the movie are Chinese, just like you." End of story.

Since then, if someone is watching a clip on culture or looking at photos, both of the boys now ask "Is that me? Is that my brother?" and I know they know it's not them. Each time, I say "No, that man/woman/boy/girl is Chinese, just like you." And for a week or two, that was enough.

But like I said, my older son is very observant. He's starting to notice differences more than his brother, and it's just one more thing in a laundry list of items that have recently bothered him.

Three years ago, to prepare for international adoption, Derek and I took numerous required classes to equip us with answers for when these inevitable questions came. Some of the important takeaways were (1) to always be honest but also (2) to keep our answers age appropriate.

The other important takeaway? To read between the lines.

These. These are the real questions he's subconsciously asking and not even realizing it. He's only three and a half, but his brain is in overdrive trying to make sense of things that may never make sense. If you were to read a child psychology book about typical anxieties in children and the ages they start to present, these fears that he's displaying are above and beyond what he is capable of understanding at his age, which makes for even more fear and anxiety. 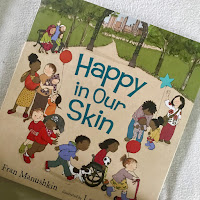 And the answers? They change depending on what he needs. Sometimes the answers just mean extra play time or hugs. Sometimes we use simple picture books to help reinforce simple truths, like all the cool things skin can do and all the colors it comes in, or books that remind us that we're a family, and families stick together. And sometimes Derek and I know we are out of our realm of expertise and look to the professionals to help us help them. This has made us once again batten down the hatches a little, so to speak, to give him (and really both of them) time to adjust and find their footing. 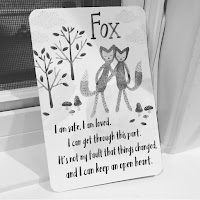 Our boys have beautiful brown skin and the darkest, brightest eyes. One has a giant dimple and the other has the most mischievous grin. One has a brave scar with a unique heartbeat and the other has special and oh so very capable hands. Now, just now, they're starting to realize these differences...not in others, but in themselves. One little girl asked one of our boys what that thing was on his chest. A high five for the other turns into a fist bump, because the other has suddenly realized he can't open and close his hand. These were the moments as parents we knew were coming, but it still hurts to hear and see. Yet, when we hear answers simply stated like "my brave scar" and see the flash of a dimple when a fist bump turns into a super cool handshake...those are the moments we pray they remember: the victories in the differences. 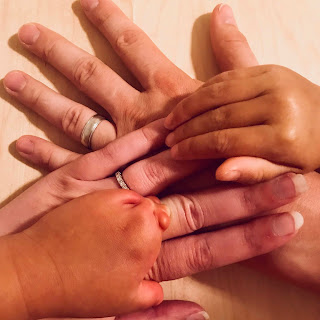 Our boys need to be secure in their identity. Part of that is knowing their background, their history, their ethnicity and culture. However, a much bigger part of that is knowing where they fit in. That scary things can or have happened, but we, as their parents, will be there to help them to the best of our ability. That this family loves each other and celebrates all of our differences. That they will always, always be a part of this family.

That they can know that God gave them this skin they're in, that they will know who they are, and who loves them.

Posted by Unknown at 9:36 PM No comments: