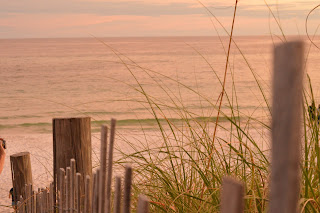 I remember dates of the strangest things. I can tell you the day I graduated high school, the day I graduated eighth grade, the day I went to Pokagon State Park with Derek's family for the first time, the day we left for our Disney cruise five (almost six) years ago. It's a weird tic that I have and for better or worse, I'm stuck with it.

Exactly a year ago from today Jordan had just been discharged from the hospital, again. He was sick, again. We didn't know what to do, again. It was a downward spiral, for me, that started in August and bottomed out somewhere around this time last year, a little after that particular ED visit. I've briefly alluded to or mentioned this time period, but I'm only now feeling comfortable sharing. There were days, even a week, where getting out of bed was the hardest part of my day. Leaving the house? Forget about it.

Anxiety has always been a part of my life. I can't remember a time where it hasn't. However, there have been times where instead of being a part of my life, it turned into my life. And last year I hit the breaking point. I had dealt with it on my own and believed the stigma associated with it that I was somehow deficient, that it was an unchangeable, flawed part of me. A pastor once said (and I don't believe he knew the full extent of it or he wouldn't have said this) "You'll always be a nervous person and that's okay. Some people are wired that way."

Was I so weak that I couldn't even handle a few ED visits and a perpetually sick kid? After all, many parents have gone through or are going through much, much more devastating events. Was I such a failure at life that I couldn't keep it together for even a small amount of time?

"So to keep me from becoming conceited because of the surpassing greatness of the revelations, a thorn was given me in the flesh, a messenger of Satan to harass me, to keep me from becoming conceited. Three times I pleaded with the Lord about this, that it should leave me. But he said to me, "My grace is sufficient for you, for my power is made perfect in weakness." Therefore I will boast all the more gladly of my weaknesses, so that the power of Christ may rest upon me. For the sake of Christ, then, I am content with weaknesses, insults, hardships, persecutions, and calamities. For when I am weak. then I am strong." --2 Corinthians 12:7-10

It has been a year, and it has been a long year. For me, the "before and after" that people talk about once they have children didn't happen to me when they placed Jet in my arms. It happened months later, when I was rocking my gasping-for-breath son waiting for Derek to come home with new prescriptions and wondering "what have we done". A side of me wants to say there were more downs than ups. But deep down, I know that's untrue.

I don't want to get into a theological discussion that maybe my faith is weak or I need to read my Bible more. I've considered the lilies. I've looked at the ravens. And yes, worry is a sin. But sometimes, you need to recognize (with some nudges from close friends and family) that yeah, you are wired differently. That it's okay to seek outside help. Because believe me, I've pleaded and begged and bargained that this "thorn" would be removed.

And as of today, it's not removed. It's there, but it's managed. There are still days that I wake up and it's hard to function, hard to do life..but I look at Jet with all of his Brave, and I think of Jude and the different kind of Brave that he'll be needing, and I know that I can do all things through Christ who strengthens me.--Phil 4:13. 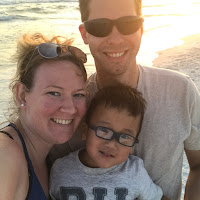 The biggest hurdle that I needed to overcome was I am me, and this is me. Obsessive anxiety me. All things considered, adopting a son with medical needs, plus having the medical needs present more often and sooner than anticipated, plus having to become a stay at home mom, plus keeping track of the various appointments and therapies, plus being housebound off and on (but mostly on) for the better part of ten months, the counselor/therapist I see told me just a few weeks ago that it's 100% understandable for someone who doesn't already struggle with mental health issues to have feelings of anxiety and depression if faced with those changes. That it's okay to need to learn coping methods, to stop and think before letting feelings take over, to learn when my body and mind have had enough. I'm learning to not let it control me and get the best of me. I can think of at least five other adoptive moms I wish I could be like, but I'm not them. And I'm learning to be okay with that.

It's not just Jordan who's come a long way since May 30, 2016. If I made a list, I bet I could name a hundred low points for our family since then. But if I could make a list of our high points? There are too many to count. Sometimes, you just have to look for them a little harder. 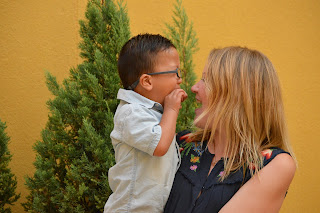 If you would have told me a year ago that I'd be writing--and publishing--this, I would have hid in the closet in shame. But this past year has been an amazing time of growth for our family--for Jordan, for Derek, and for me. I never want to experience last October again. Ever. (I don't think Derek or any of our friends and family do either.) But I wouldn't trade it for anything. I have nothing to be ashamed about. And because of all of these things, because of where we are now, when we received Judah's file we knew it was the right time to move forward.

I believe I'll never know what it's like to live an anxiety free life, this side of heaven. I also believe that even in the ups and downs, the best is yet to come.

Judah Lev, we are ready for you.