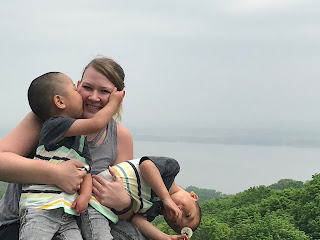 When Derek was in country this last time adopting Judah, one of his guides explained the circumstances of his own birth, and how it was determined to be yuán fèn for him to be born. He explained that's why he loves what he does as a guide helping adoptive families, and that many people view the adoption of these children as yuán fèn/fate--or for a more accurate translation predestined by a supernatural power.

Now, I've asked a of couple people in order to fact check if yuán fèn is ever associated with adoption, and I've received mixed reviews. However, I can at least confirm that culturally, it's incredibly important. Fate is not a word we as Christians necessarily believe in, but predestined? That's a word we're familiar with. While the culture in our sons' country of birth does not acknowledge the Biblical meaning of the word predestination, it's an easy jump for us to accept that our sons were predestined to be ours by God, orchestrated before we could even begin to imagine. 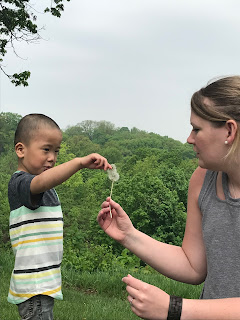 We know a time is coming soon when we'll have to explain in a way for Jet and Jude to understand why they don't live with their China moms, also called their first families, meaning the families they were born to. Jet is already starting to make assumptions based on what he knows so far: he and Jude were born in China; therefore, babies come from China. We know the grieving and mourning and confusion that may, or most likely will, occur when they realize what adoption means. And we will never, ever take for granted the gift, the honor, of raising these two boys, and any more that come after, for however long God ordains.

When the time comes that they want or need to know their full stories, we will be ready to explain it to them. We do realize it's a bit of a stretch, using a word, a concept, that's culturally associated with fate and luck to explain they're exactly where God wants them to be; but what an amazing tool we have been given, to not only use this to explain their own adoptions, but also to use is to explain the mystery of the Gospel! 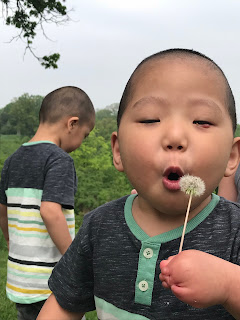 We don't know why we were chosen to be, or why these boys were chosen to call us Mom and Dad...but they were. We don't know why God chose us while we were yet sinners (Rom. 5: 6-8) to be justified, to be sanctified, and to be one day glorified as children of God. It's one of the greatest mysteries and, dare I say, most contested parts of the Bible, but it's something we believe with every fiber of our beings and are thankful for everyday--and praying for the days that Jet and Jude understand that they too can become children of God.

Years before we even discussed adoption, I knew in my heart it was something I wanted to do-and thankfully Derek did too. For whatever reason, we never really pictured our own biological children or pursued it in depth. In my naivety, I may not have understood fully the concept of adoption until I read into these verses. We've done nothing for God to have chosen us as his sons and daughters, but praise God, we can call him Father because of His sacrificial love for us.

These boys are not biologically mine or Derek's, but through yuán fèn, fate, predestination...they are our children.

And they call me Mom.

"A child born to another woman calls me mommy. The magnitude of that tragedy and the depth of that privilege are not lost on me." -Jody Landers